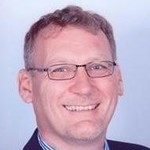 In his early career, Jon was in oncology drug development, where he became skilled at driving molecular diagnostics tied to drug development to advance precision medicine and advocate for personalized healthcare.

Previously Jon was president and CEO of OncoPlex Diagnostics, a pioneer in clinical proteomics for oncology. Under his leadership OncoPlex was transformed from a private, pre-revenue stage company into a thriving clinical diagnostics business with marketed products, which was ultimately acquired by NantOmics in May 2015.

Jon received his BSc (Hons) degree in Industrial Chemistry (color) from Leeds University in England. He subsequently completed an MSc in Physical Chemistry and a Ph.D in Cell & Molecular Biology at the University of Nevada, Reno. Before going into the Pharma Industry, he was a Postdoc and then the Alpha One Foundation Fellow in the lab of Dr David Perlmutter at the Children’s hospital at Washington University in St Louis. 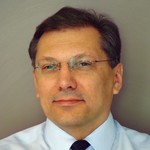 Alexandre read mathematics, physics, chemistry, biochemistry and biophysics at Moscow Institute of Physics and Technology. In 1989 he was selected by the George Soros Foundation for the Oxford Scholarship, associated with St. Antony’s College, along with 20 top Soviet graduate students from the USSR. He obtained his PhD in cell biology from University College, London (with the research based at the Imperial Cancer Research Fund). He spent six years at the Robert Wood Johnson Medical School-UMDNJ, NJ, as a research assistant funded by the Howard Hughes Medical Institute. Upon his return to England, he established his research laboratory at the Sir William Dunn School of Pathology, University of Oxford. He was a University Academic Fellow (Research Council UK) and a Senior Fellow of Exeter College, sponsored by Cancer Research UK, the Wellcome Trust, The Medical Research Council and Monsanto Foundation. Alexandre is also a Fellow of the Royal Society of Medicine. He is currently a Non-Executive Director of Sibelius Limited. 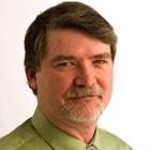 Thomas has 30+ yrs in biotechnology and clinical diagnostic laboratory management with diverse strengths in logistics, manufacturing, and operations for both large and early-stage companies; Life Technologies, Expression Pathology, Cellectricon, OncoPlex Diagnostics and OpGen.

He was an early contributor and Vice President of Expression Pathology which, as COO, was transformed to a CAP/CLIA Diagnostic Laboratory (OncoPlex Diagnostics) offering unique clinical proteomic testing for oncology.

During his tenure with Life Technologies, Thomas led a multi-national team which created a $50MM+ custom oligonucleotide manufacturing segment creating capabilities and facilities in the US, UK, JP, NZ, HK and BR. 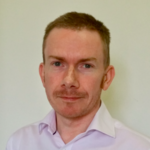 Paul joined the Company in September 2017 from e-Therapeutics plc, where he held the position of Financial Controller from 2012. Paul is a Chartered Accountant and was a Senior Manager at Deloitte, where he worked from 1996 until 2004. Following this, he worked in finance and operations management in the charitable and automotive sectors. He read Natural Sciences at St John's College, University of Cambridge. 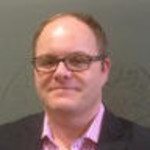 Ewan has worked in Biotech for over 20 years, for several companies including Silicon Genetics Inc, Agilent Technologies, Thomson Reuters and Selventa Inc, holding technical positions in statistics and computational biology and several business-focused roles. His first degree is in Biochemistry from Edinburgh University, and he obtained his PhD from Kings College London (formerly Guys & St Thomas Medical School), in temporal analysis of brain development.